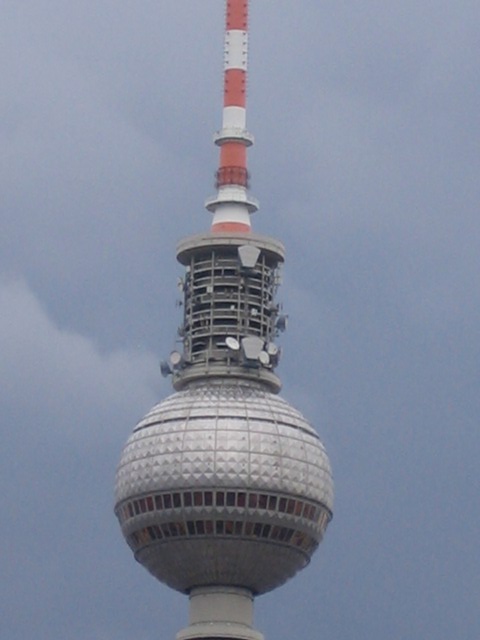 One of the most reknown buildings in berlin is the television tower, completed in 1969 in former German Democratic Republic. You nearly can see the Fernsehturm from everywhere in the city, so when I first moved to berlin I was very worried to go to places in the city unable to see it.. so when I get lost, I just walked around until I could see me beloved Fernsehturm to find my way home :-)

Here are some different views:

view from the former borderline between Kreuzberg and Mitte 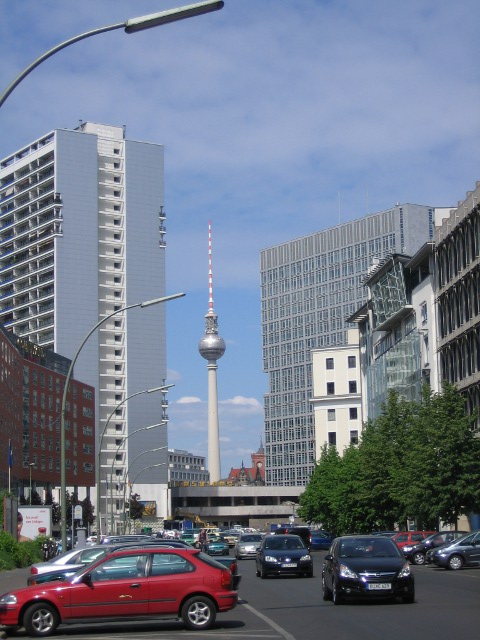